…I got together for a briefing with my website developers on Friday and submitted some almost complete visuals. I’ll post some examples later for the photographic galleries/homepage, and the rest of the website, with the top heading navigation menu.

We had a very enjoyable hour or so discussing how the designs will work- yet came up against a slight difference of opinion. The two males (myself and the programmer Piotr) against the single female (Dominika, the business manager), had conflicting views about layout. I think neither side is actually right or wrong, I understand both sides objectively.

I designed two basic alternatives for header/ navigation layout to be consistent on each web page: ie my name on the left or right, with the heading, and the navigation menus alternately on the corresponding right or left.

Name on the left: 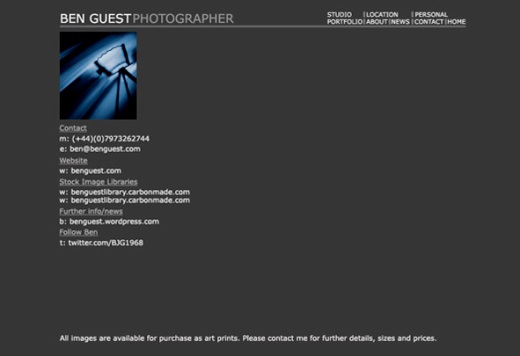 Name on the right: 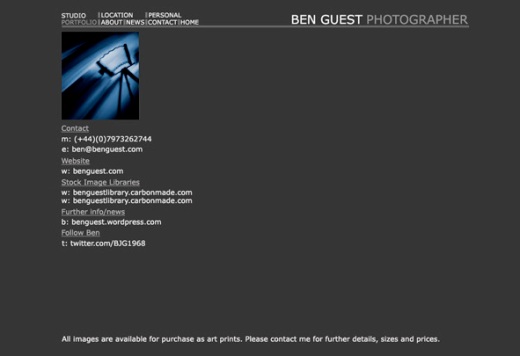 We got into a discussion about Neuro-Linguistic Programming; which kind of goes with the assumption that your brain is taught (if you’re a ‘westerner’) to view text on the top left first in a layout as an immediate response, then look to the right as a secondary response. Ie automatically view horizontally, beginning from the top left to the top right on a page/layout, and finally end up at the bottom right.

The female amongst us (Dominika) went with that clearly logical classical ‘western’ preference. However, ironically (you’d think men are supposed to be ‘logical’), the two males (Piotr and myself) went with the alternative; that from a functioning design point of view having the name on the right, and the site navigation on the left, somehow ‘felt’ better to us visually.

Of course, there’s no right or wrong about this, and I ended up seeing both sides- I initially I wanted my name on the left when I first began designing the site. I just thought it was interesting.

So. Left or Right. Which is better?

And…men’s vs women’s ‘brains’ (are there actually any true stereotypical factual differences, or do we often make generalisations)?

…And let’s not also get into politics or religion here!

Professional commercial photographer.
View all posts by benguest →
This entry was posted in News. Bookmark the permalink.

1 Response to Websites, Mars and Venus, and Neuro-Linguistic Programming…